Should The Rangers Call Up Filip Chytil and Lias Andersson? 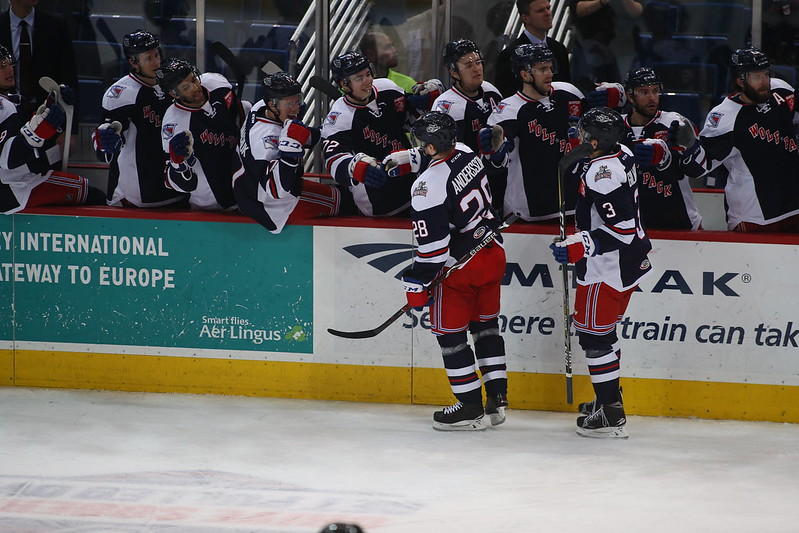 After the season the Rangers have had, it’s exciting to take a look at the top prospects the organization has to offer.

The two that stick out above others are the two the Rangers took at #7 and #21 respectively in last year’s draft. Lias Andersson, the 19-year-old Swede, has given the Rangers promise up the middle. Andersson has 14 points in 23 games with the Hartford Wolf Pack this season, as well as 14 points with his Swedish club team Frolunda, despite missing two weeks with an injured shoulder. Andersson really caught the eye of Rangers fans and hockey fans after showing up and producing in the World Junior Championship, tallying seven points in as many games.

The decision to call up Lias Andersson to close out the season sure seems like one the Rangers should make. Without burning a year off of his contract, Andersson must play less than ten NHL games this season; and with ten games remaining left in the NHL season, why not bring up the young center. On the flip side, calling up a young prospect and throwing him in the bottom-six in the lineup will do no good. If you go ahead and call up your #1 prospect to close out the season, give him the test of leading the squad and let him play valuable minutes every night, not minimalistic minutes on the fourth line. You might as well give the kid a shot at showing how he’s improved over the course of this year, and give him his first regular-season action in the NHL.

As for the #21 pick in the 2017 draft, Filip Chytil has also dazzled for the majority of the year down in the AHL. In 44 games, 31 points have been put on the board for the 18-year-old native of the Czech Republic. Early in the year, Chytil did skate with the Blueshirts. He skated in just two games but didn’t have anything to show for it on the scoresheet. The Rangers did as they should have, and sent him down to develop throughout the year. Chytil seems to be shining in the AHL and I don’t think there’s any reason the Rangers don’t give him a shot towards the end of the year. Since Chytil skated in two NHL games this season, to stay below the ten game maximum, I can see the Rangers bringing him up for the final five games of the season.

With the Rangers well out of playoff contention and the season winding down, the calling up of Andersson and Chytil is imminent. There’s no reason to not call these young guys up and throw them into the mix. Both of these talented young guns are expected to be with the Blueshirts next season, and getting them some early NHL experience won’t hurt their development.

AV said he and GM Jeff Gorton have discussed call ups, including Andersson and Chytil. He said there's a "very good chance we're going to see both those kids up here real soon," with Andersson being a possibility for Thursday in Philadelphia. #NYR