The New York Rangers are estimated to be worth over $2 billion by Sportico in a new article where they provide valuations for all 32 NHL teams.

Sportico based their values on a very comprehensive methodology that includes public information and interviews with multiple team owners, financial officers, team executives, and industry experts.

The average NHL franchise is worth $1.01 billion—crossing the 10-figure mark for the first time—and up 9% from a year ago. The total value of the league’s 32 clubs, including ownerships’ stakes in real estate, venues, TV networks and team-related holdings, is $32.4 billion. The Toronto Maple Leafs rank first at $2.12 billion, $110 million ahead of the New York Rangers.

In December of 2021, Forbes named the New York Rangers the NHL’s most valued franchise at $2 billion. It was also the 7th consecutive year that Forbes named the Rangers the top valued team with Toronto Maple Leafs, Montreal Canadiens, Chicago Blackhawks, and Boston Bruins rounded out the top five respectively.

According to Sportico’s latest, it is now the Toronto Maple Leafs atop the most valued team’s in hockey.

Sportico also broke down specific segments to show how they came to the valuations. You can view Sportico’s interactive chart and read about their extensive methodology here.

When it comes to revenue, the Rangers were the top team.

Forbes is expected to release their latest valuations in December. It’ll be interesting to see how they rank the Rangers again.

Over the summer there was some speculation that James Dolan would possibly be selling either the New York Rangers or New York Knicks.

In early October, Barron’s published an article discussing Madison Square Garden Sports doing a “one-time cash dividend of about $175 million, or $7 per share, and repurchase $75 million of stock in its first return of capital to shareholders since it became an independent public company in April 2020.” 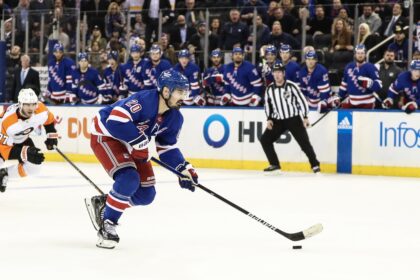