The Rangers Should Make A Strong Push For The Playoffs 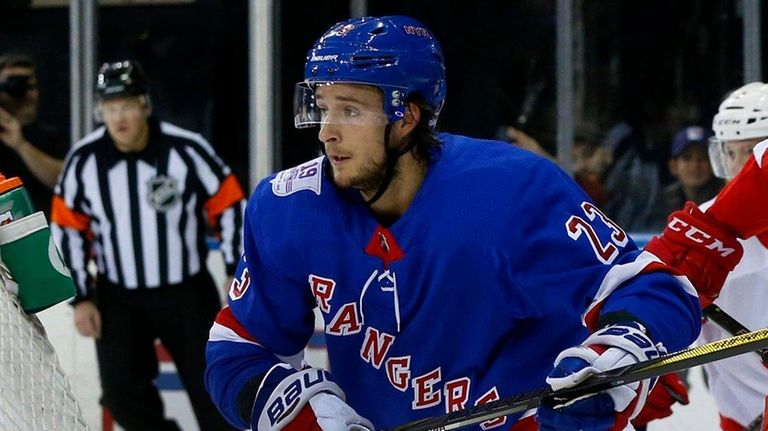 The Rangers announced that they were in full rebuild mode a few weeks ago, indicating that the team would be content with however the season came to an end. But since the midseason firesale came to an end at the trade deadline, the Rangers have gone on a three-game winning streak, and are currently just five points outside of the playoffs. Before I make my argument let me say I do not expect the Rangers to make it to the postseason. However, that doesn’t mean they shouldn’t put in the effort to try and make it to spring hockey.

From the standpoint of the guys currently on the roster, there is nothing to lose with trying to make the playoffs. The veterans will feel a bit at ease knowing that the young kids aren’t going to lay down when the going gets tough. Trying to be successful in spite of team management “giving up” on the season is a good sign that these rookies will be able to handle adversity as they mature with the big club.

As I mentioned, this wouldn’t just be a positive experience for the youngsters, but the veterans as well. The Blueshirts were 0-6-1 before the deadline and morale was not good, to say the least. But now that they have gotten back in the win column, you see guys smiling again, something they haven’t done much of since the calendar turned to 2018. Henrik Lundqvist, the team’s leader, and future Hall-of-Famer, is starting to enjoy his season again, as we can see here in his interview with team reporter Amanda Borges.

"The mood in the room is a little bit better, we're smiling a little bit more." – #NYR Henrik Lundqvist talks exclusively about his consecutive 50 save wins, new #NYR faces and more. pic.twitter.com/ALFRPndYlt

When it comes to the draft, and looking ahead toward next season, the Rangers are in an interesting spot. Regardless of where in the standings the team finishes, there was a little-to-no chance of Jeff Gorton having the number one pick; which means that barring a blockbuster trade for the top pick, Rasmus Dahlin’s services would not be featured on Broadway 41 times a year. Even if the Rangers won just five of their remaining 16 games the rest of the season, and the teams at the bottom of the standings won 3/4 of their remaining games, the Blueshirts still wouldn’t have a real good shot at the number one pick.

So once you aren’t getting the first overall pick, why not push for the playoffs? The Rangers have three picks in the opening round of the 2018 Entry Draft. Two of those picks were acquired in deadline deals with Boston and Tampa Bay, and based on the way those teams are playing, they will be late first-round picks. So if you think about it, the Rangers are very likely to have three choices after pick number ten. That is three top-level talents that can fill three important areas of the team. With this in mind, let’s take a look at a couple of potential targets for the Blueshirts in the later parts of the first-round.

At 6’1″ and 195 lbs., Veleno has the size and skill that will make a lot of teams jump into taking the 18-year-old. Veleno is the first player in QMJHL history to be granted “exceptional status”, which allowed Veleno to enter the Canadian Junior Hockey ranks at the measly age of 15. Last season, Veleno had 40 points (13G, 27A) with Saint John’s. This year saw Veleno get traded from Saint John’s to Drummondville mid-season. Prior to the deal, Veleno had 31 points (6G, 25A) in 31 games. After heading southwest, Veleno continued his high-level production, putting up 38 points (11G, 27) in 27 games with the Voltigeurs. He probably won’t be NHL-ready at the end of this year, but he is taking all the right steps to being an NHL talent.

We all know of the Rangers and their depth of blue line talent, but as the saying goes, “you can never have too many defensemen.” Miller stands at 6’3″ and 205 lbs., easily making him one of the bigger prospects. He is a former forward, much like Dustin Byfuglien, who is “an elite skater.” That skating ability has led Miller to 36 points (11G, 25A) in 66 games this season with the US National Development Program. He still has some work to do on the defensive end of the puck, as do some other Rangers defensive prospects, but being able to skate in today’s NHL is paramount to being a successful professional hockey player.

The Rangers are in a unique position. They can either be content with however the season finishes, or they can go for it and see what happens. Either way, from my perspective, there really is no downside. If they make the playoffs, which I don’t think will happen, but if they make the playoffs, it’s a great anecdote on a less than average season. If they don’t make the postseason, it is nothing less than what was expected. Whether the Rangers have an early first-round pick or not, this summer will be exciting in Rangerstown. And making the playoffs in the spring would make it just a little bit sweeter.