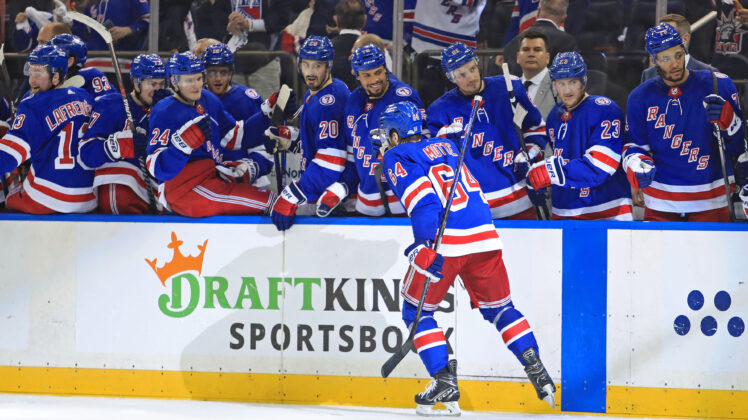 The New York Rangers had a plan, and that plan was apparently to make sure they signed center Vincent Trocheck to a 7-year deal worth $5.625 million per year on Wednesday.

That was made very clear when Andrew Copp revealed on ESPN that the Rangers never even made him an offer before he decided to sign with his hometown Red Wings.

After adding backup goalie Jaroslav Halak, and needing to protect against an offer sheet for Kaapo Kakko, the Blueshirts will likely stand pat until Kakko signs.

Per CapFriendly, they have $4.7 million in space remaining. Depending on what’s left over they may add some depth players.

GM Chris Drury held a press conference yesterday to discuss the team’s moves. When asked about Tyler Motte, he answered that signing him would be too tight.

Motte, 27, registered 15 points in 58 games and added 2 playoff goals this past season playing a strong checking role for the Rangers. He is the last of their key unrestricted free agents that has yet to sign elsewhere.

Here’s a where the others went:

The Rangers will certainly be scrutinized for opting to give Trocheck 7 years, versus signing Strome or Copp. Trocheck is clearly the better center, who can play both sides of the puck extremely well and can win draws. So there’s no arguing which is the better middle man.

Analysis will focus on short-term versus longterm impact of the contract. The Rangers already find themselves up against the cap with the expectation that things will get much tighter next summer when Alexis Lafreniere, K’Andre Miller, and Filip Chytil are up for new deals.

We will have more on the moves later today. 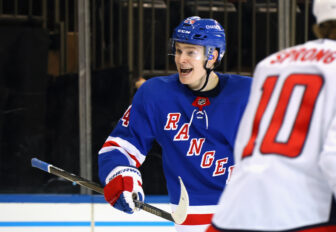