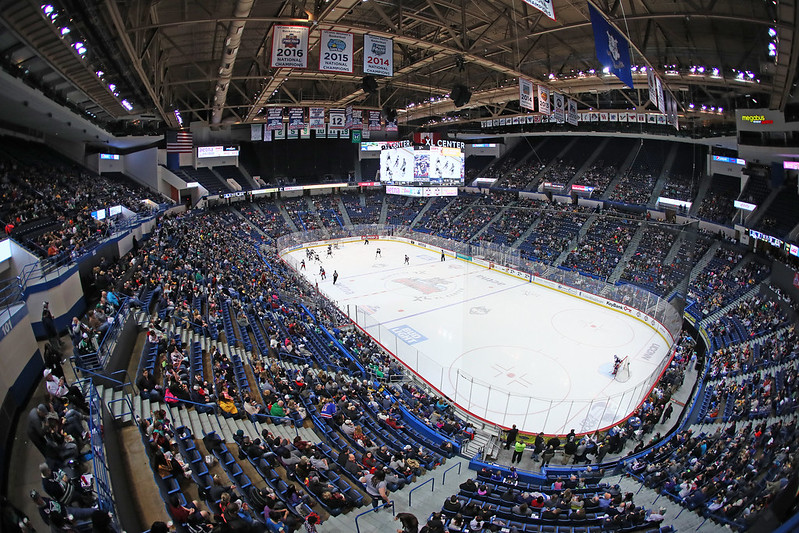 Entering the first week of March, the playoff race continues in the American Hockey League for the Wolf Pack. The club gear up for another three in three weekend. Hartford has 18 games remaining in the season, already! The season has flown fast. Let’s get to the details of the current situations for the Pack.

The trade deadline has affected the Wolf Pack in one move. Ryan Graves was dealt to the Colorado Avalanche in exchange for Chris Bigras. The new forward will debut on Friday night against Springfield. To read more on my analysis of the trade, check out my article earlier in the week here.

The Wolf Pack continue to sit in sixth place in the Atlantic Division with 59 points. The fifth-place Bridgeport Sound Tigers are ahead of the Wolf Pack by a single point with two games in hand. The Charlotte Checkers are in fourth, continually holding down the last playoff spot in the division with 65 points. In addition, the Checkers have played one less game than Hartford. The Wolf Pack cannot afford to go on a losing streak. As of late, the club has won a few games, followed up with losses going 5-5 in the last ten games. They will have to play better hockey down the stretch if they want to make the postseason.

One positive aspect of the situation, the Wolf Pack will begin a three-game series with the Checkers starting this Sunday, with six points at stake. The next five games are critical, and any losing streak will have the club suffer at the end.

The American Hockey League has published their annual Playoff Primer. You can check it out here as the league updates the page daily (usually in the mornings).