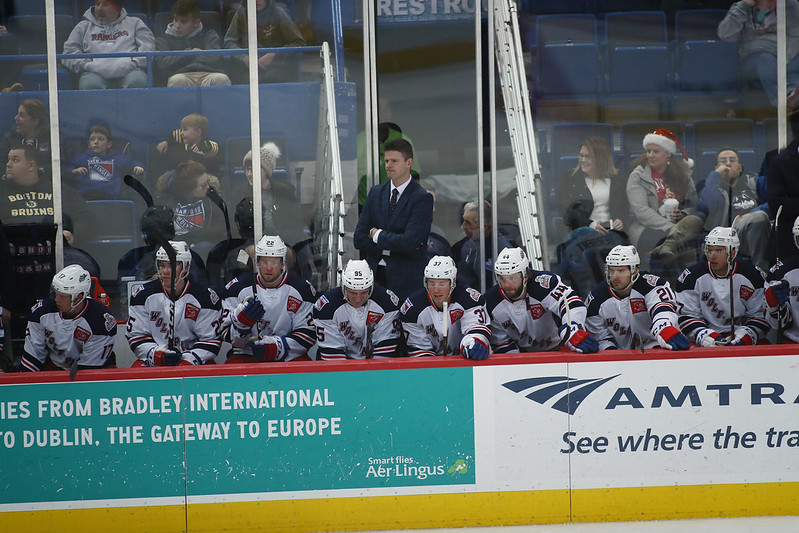 Who goes? Who stays? I will begin to analyze the contract statuses for the Wolf Pack. The off-season work will begin after the playoffs when Chris Drury and Keith McCambridge will start thinking about how they are going to shape next season’s roster. They have to keep in mind the number of prospects coming in and ensure there are enough veterans to support another young and talented club. Let’s take a look at the current contracts of the Rangers’ American Hockey League players.

No unrestricted free agents on defense or goaltending.

In the system players (Juniors)

Adam Tambellini and Scott Kosmachuk are good candidates to stay. Tambellini’s entry-level contract is up, and he’s been progressing at a moderate pace. However, he needs to pick up his overall play and has the potential to succeed in the NHL. Scott Kosmachuk earned himself a contract with the organization, in my opinion. The forward impressed me on an American Hockey League deal as he put in effort in every game. He also put up a respectable number of points and can play on both sides of the puck.

Cristoval Nieves is iffy. He is a bit older but he can still help the Rangers down the road. He would be an addition that I would like to keep.

On the UFAs, I would not be surprised to see John Albert or Daniel Catenacci leave. Albert was brought in the Joe Whitney trade and had a disappointing season for Hartford. He lacked offense and struggled in many situations. Daniel Catenacci is a veteran.

The Pack has the opportunity to upgrade and elect to look into free agency. We shall see what happens.