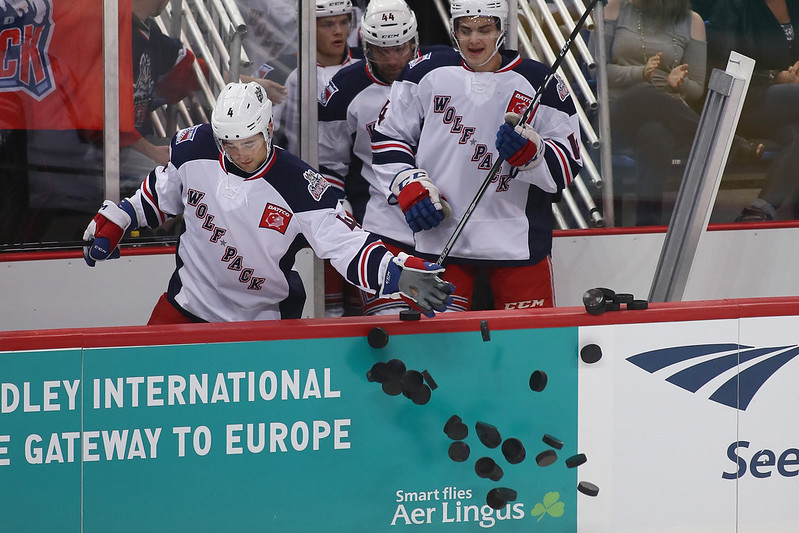 Last Friday kicked off the 82nd American Hockey League season and Hartford’s 21st season. The new look Pack under Keith McCambridge was impressive. There have been a lot of positives from the past weekend, and after watching two games, there is plenty to optimistic about. 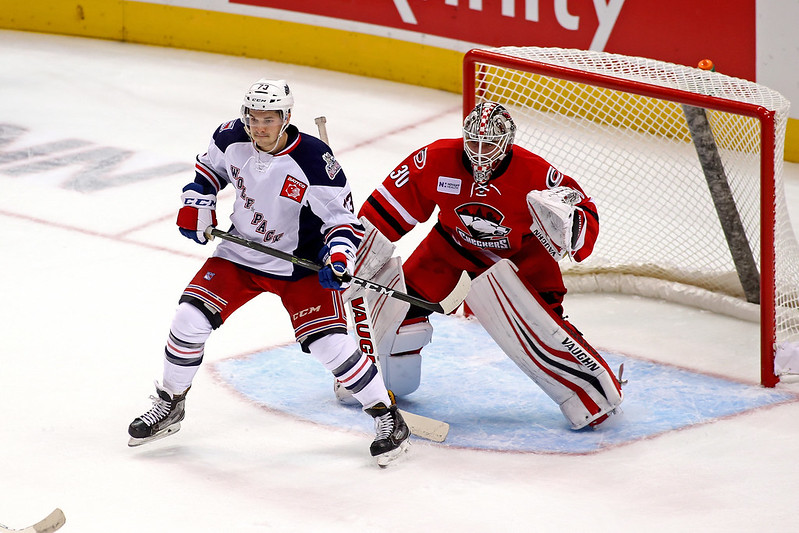 Hartford dropped a heartbreaking game on their opening night. The Pack built themselves multiple leads throughout the night but were unable to hold off Charlotte, who grabbed the game in the third. The Pack was up 4-2 in the third, then the Checkers scored three times, including the GWG with one minute left in regulation.

There were a few noticeable players throughout the game. Dan Catenacci was flying, generating chances on the rushes. Cristoval “Boo” Nieves had a few great chances as well while playing with Scott Kosmachuk. Both players had strong chemistry to start the season and continued building that chemistry on Sunday. 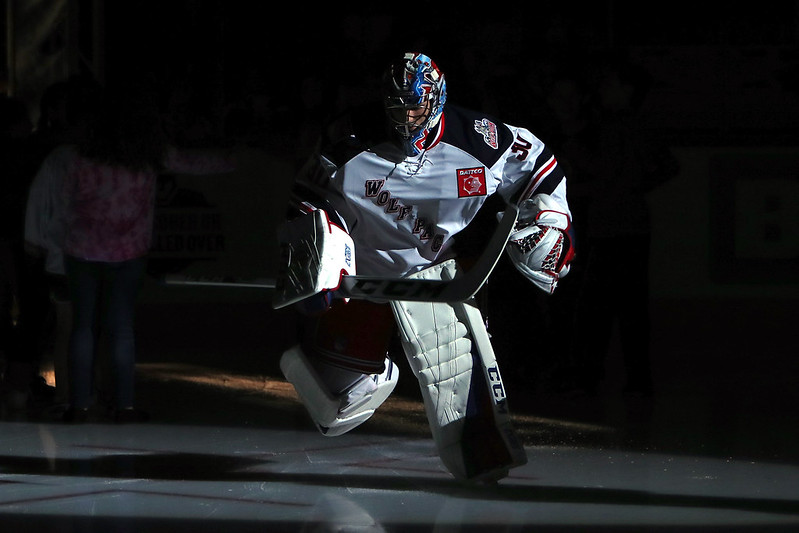 Alexandar Georgiyev struggled in moments in this one but had a good outing overall. He was extremely aggressive in net, which came back to burn him when he played the puck in the restricted area of the ice. He also regrets giving up the second goal of the game. He was not expecting the shot and was off guard.  We should see him more in action next weekend. This prospect has potential. 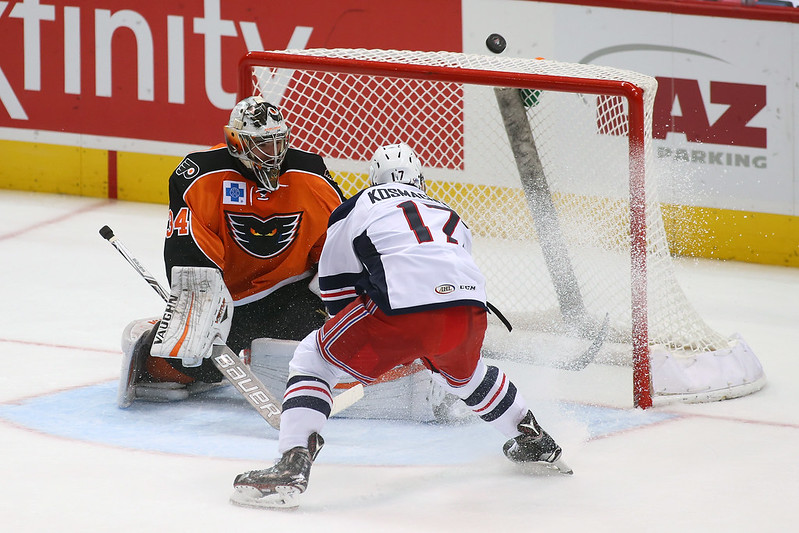 Sunday’s outing was a tightly contested game, with both clubs were playing cautiously. The matchup was even and also a good measure for Hartford as the Phantoms are a strong team offensively.

Tonight’s goal of the night: Adam Tambellini scores on the power play to give the Pack a 1-0 lead in the first. #HWP pic.twitter.com/eophFBV6Pk

Adam Tambellini recorded the lone goal in regulation. He also had the lone shootout goal.  Chris Nell was in net, stopping 28 of 29 shots. Tambellini brought his scoring streak to two straight games and is stepping up his game because he’s in the final year of his entry-level contract. If he wants to earn another contract from the Rangers, he needs to show that he had developed and progressed well.  So far he is performing well.  The prospect needs a huge year in Hartford.

The Pack played in a refreshing way. The new system is noticeable and the players are adjusting to it. They are aggressive offensively, being quicker in transition and having more organization when entering the zone, and making sure there is support for the puck carrier. The puck is moved better and the dump and chase play (which was common under Ken Gernander) was not utilized. There is a quick tempo to the plays created because the team utilizes it’s speed and transition well, looking for the stretch passes up the ice. The defense has looked good as well. They continue to block shots and give the opposing team troubles, making sure to step up when they get the chance. The defensive structure and positioning have been emphasized and it is noticeable on the ice.

There are a few issues, such as defensive breakdowns and turnovers, but that will be addressed and adjusted. The players need to get adjusted to the new system, and while it will take some time, so far it has gone well. Everyone is playing up to their fullest potential and they have the attitude to win. Both outings were played well this weekend and Hartford could have easily been 2-0, but 1-1 is good enough.

In an unexpected move, the Rangers have assigned the young prospect to Hartford.  This is a good decision by the organization, as they keep him in the system along with top line minutes.  The Pack was missing a first line center, and Filip Chytil could fill in the void. He should also provide a strong offensive boost to the club as well. I could see him lighting up the American Hockey League.

The Pack resume their schedule this weekend beginning on Friday against the Toronto Marlies for their third straight game at XL Center. On Saturday, the team travels to Springfield to take on the Thunderbirds for the first road game of the season.