Identity Crisis: Who Are the New York Rangers? 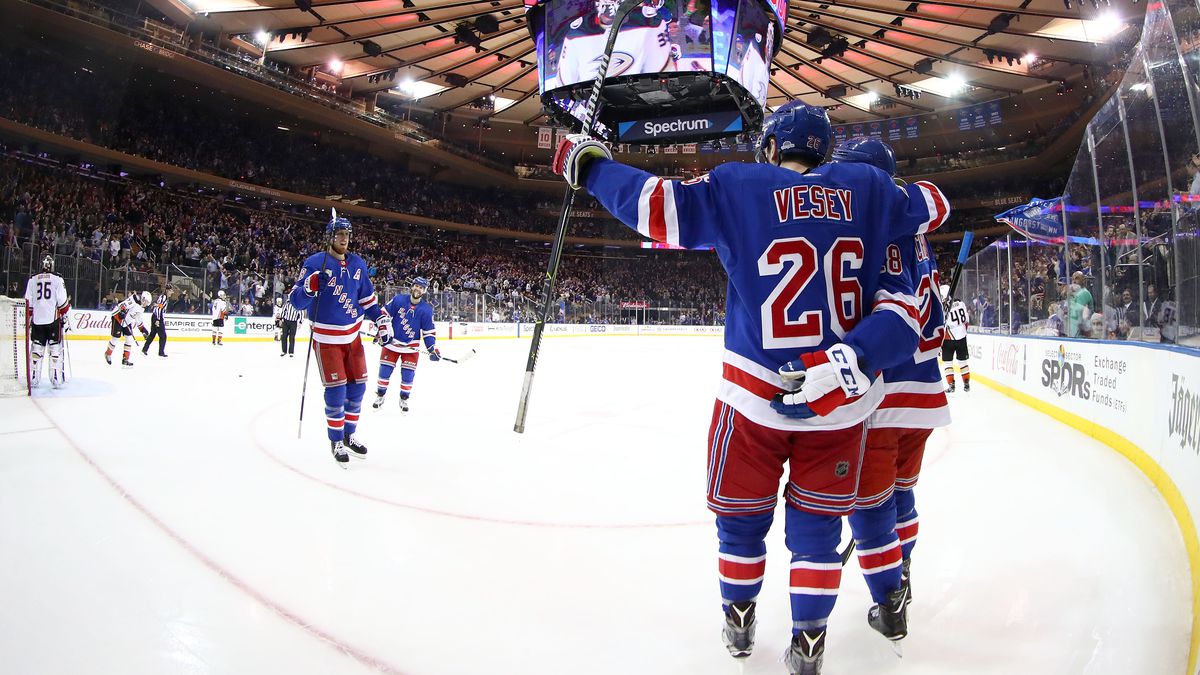 Coming into the season the New York Rangers were filled with questions; Who will be the third line center? Will the signing of Kevin Shattenkirk pay off? Can Mika Zibanejad be a number one center?

After two months the question now is, “who are the New York Rangers?” The answer is rather difficult. The team has had good wins against the Pittsburgh Penguins, New Jersey Devils and Los Angeles Kings this month, while also having bad losses to the Ottawa Senators and Dallas Stars. At times, the Rangers have looked extremely good, such as against the Devils, and have looked dreadful, like against the Senators and Stars.

The team is currently third in the Metropolitan Division, holding the tiebreaker over the Blue Jackets for that final division spot. The Rangers rank sixth in goals for in the NHL, and tenth in goals against. Statistically speaking, the Rangers are a top team in the league. The game tape shows a vastly different story, so who are they?

As long as Henrik Lundqvist is between the pipes, the expectation is the playoffs at the worst. On paper, coming into the season, there were some lofty goals, that while still obtainable, are unlikely. TSN has the Rangers as the 12th best team in the league and sixth best team in the conference.

When we watch the team on a nightly basis, are they actually the 12th best team? Personally, I see way too many flaws to have them ranked this high. On the other hand, statistically, a team that ranks sixth and seventh respectively in power play and penalty kill percentage, is a scary team to play against.

The numbers add up, so what’s the outlier? One outlier is the home vs road record. The team is 13-5-3 at home and 5-7 on the road. As a perfect microcosm of the season, the Rangers are a +18 in goal differential at home and -5 on the road. How is this possible? I’m not sure. They are first in goals for at home and 27th on the road. It is a conundrum that epitomizes their play this season.

The Rangers went 5-2-1 while Mika Zibanejad was out. Most teams that are considered ‘deep’ wouldn’t be able to collect eleven points in eight games while their number one center is out. Then again, most teams cannot go 4-7-2 in the first month and find themselves in the thick of the playoff race. The Rangers are a strange team, they are not as high as their highs but they are also not as low as their lows. In a strange way, the shootout loss to the Stars was a gritty game; where they found a way to score late to gain a point. Are the Rangers fooling everyone with success or was their slow start a case of early season jitters?

To me, the Rangers are a team that has relied on strong goaltending and constant adjustments by the defensemen. The offense was there from the beginning and the key was keeping the puck out of the net, not putting it in the net. Brendan Smith’s struggles have certainly hurt the team, but the improved play of Nick Holden has balanced it out. If we were told that Steven Kampfer, Paul Carey, and Boo Nieves would play a key role in the Rangers season, all hope would have been lost; but here we are.

The questions leading up to the season have been answered, somewhat. At some point, we will truly know who exactly the New York Rangers are. In the meantime the only thing to do is enjoy the ride.