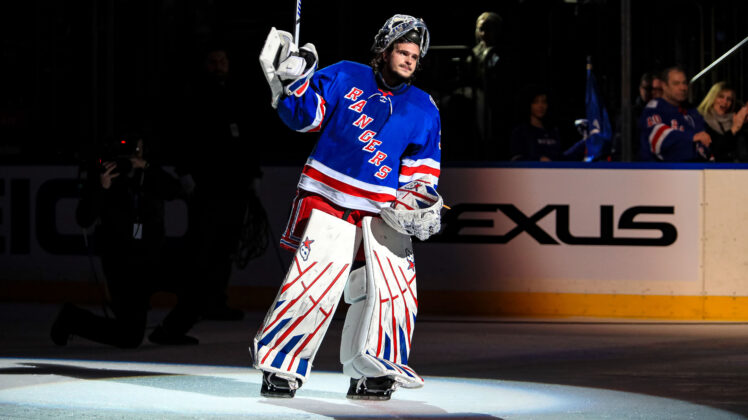 New York Rangers goalie Igor Shesterkin beat out Jacob Markstrom of the Calgary Flames and Juuse Saros of the Nashville Predators to be named the 2021-22 Vezina Trophy winner.

The award is given annually to the goaltender “adjudged to be the best at his position,” and voted on by all 32 NHL general managers. Shesterkin secured 29 first-place votes and 3 second place votes.

“It’s a great honor for me to be here,” Shesterkin said. “I want to say to Just Saros and Jacob Markstrom you’re both incredible goalies and could each be standing here right now.”

The 26 year-old went on to thanks his teammates, coaches, and the organization.

“It’s good to play on the New York Rangers, incredible feelings,” Shesterkin added. “I would like to thank Rangers fans. It was my dream to play in the NHL and to play in front of you at MSG was incredible. To my parents, I wouldn’t be where I am today with your love and guidance. And to my beautiful wife for her support. Unfortunately, she couldn’t be here tonight because we are having a baby soon. What a year. Thank you.”

NEW YORK, June 21, 2022 – New York Rangers goaltender Igor Shesterkin has been awarded the Vezina Trophy, given “to the goaltender adjudged to be the best at his position,” as selected by NHL general managers. Shesterkin is the sixth Ranger to earn the honor, joining Henrik Lundqvist (2011-12), John Vanbiesbrouck (1985-86), Ed Giacomin & Gilles Villemure* (1970-71), and Dave Kerr (1939-40). *Of note, prior to 1981-82 the Vezina Trophy was given to the goaltender(s) of the team that allowed the fewest goals in the NHL – now that award is the William M. Jennings Trophy. 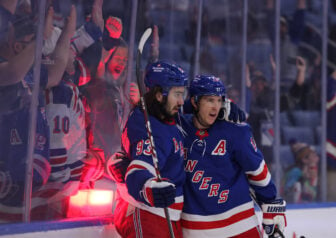