New York Rangers Training Camp for the 2022-23 season will commence on Wednesday beginning with player medicals. Head coach Gerard Gallant will really get things going with his first press conference of the season scheduled for 3 PM ET.

The team announced that they have invited 66 players to attend camp broken down as follows:

On-ice sessions will begin on Thursday at the MSG Training Center and camp will conclude on October 9 when all final cuts are expected. During that time frame, the Blueshirts will play 6 preseason contests starting on September 26 against the New York Islanders.

The team also posted the schedule for the first four days of camp as follows:

Players will be made available at the end of each day. 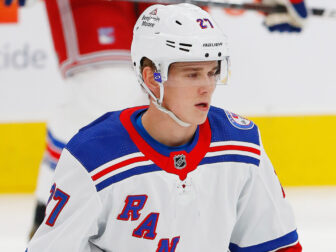