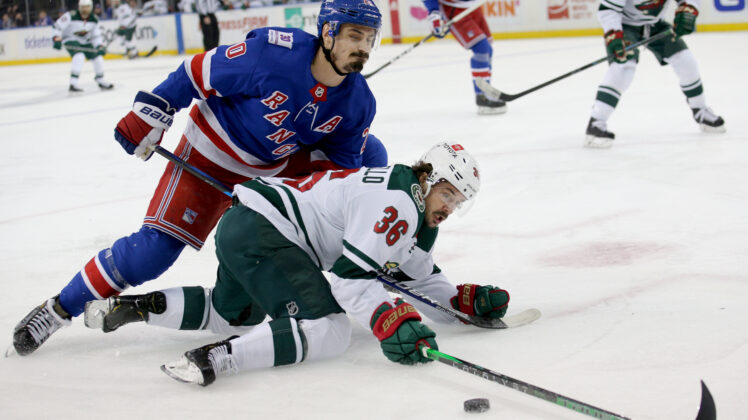 Chris Kreider and the New York Rangers will go for their fourth win in a row when they visit the Minnesota Wild on Tuesday night in Saint Paul, Minn.

New York is coming off a 4-1 victory over the Winnipeg Jets on Sunday. That contest marked the start of a four-game road trip that also includes stops in St. Louis and Dallas.

In their past three games, the Rangers have outscored opponents 12-5.

Chris Kreider has played a key role in New York’s latest success, as he has all season. Kreider scored his 37th and 38th goals of the 2021-22 campaign in the win over Winnipeg.

The 30-year-old has matched his career high in points with 53. He needs one more point to reach 400 for his career.

“He’s rolling pretty good,” Rangers head coach Gerard Gallant said. “Big power-play goal (Sunday), and then he scores another nice goal. So the big guys are scoring key goals at key times, and it put us in control of that game pretty good.”

This is the second meeting of the regular season between the teams. Minnesota won the first matchup 3-2 on Jan. 28 in New York.

If anyone forgot, that was the night the Wild spoiled Henrik Lundqvist’s jersey retirement ceremony.

Igor has started 8 of 9 games coming out of the team’s prolonged All-Star Break, which has some wondering if he will be overworked.

“What does he need a day off for?” Gallant jokingly said. “He can take practice off any time he wants, just like any of my players.”

K’Andre Miller is a St. Paul, Minnesota native and looking forward to his first NHL game in front of family in friends.

Miller, 22, is coming into his own by avoiding the dreaded sophomore jinx. In 56 games, he’s scored 4 goals and 7 assists for 11 points while playing top 4 minutes with partner Jacob Trouba.

“I’m very excited. I have a lot of family and friends coming out, so it should be a fun experience,” Miller said. “My family is really excited to support me. It’ll be really special.”

This won’t be the first time he’s actually skated at the Xcel Energy Center either.

“I think the only two times I’ve been on this ice was when I was 9 and my mom surprised me with a birthday party and ride on the zamboni,” Miller fondly recalled. “The other was a “Skate with the Wild” when I was like 5.”

As the Rangers look to keep rolling, Minnesota is hoping to snap out of a recent funk.

The Wild are coming off a 6-3 loss against the Dallas Stars on Sunday and have stumbled to a 2-8-0 record over their past 10 contests.

“We are a fragile group right now,” he said.

There still is time for the Wild to find their footing heading toward the playoffs. A fast start to the season put the team in a good position for the postseason, but nothing is guaranteed as Minnesota has slipped to third place in the Central Division. 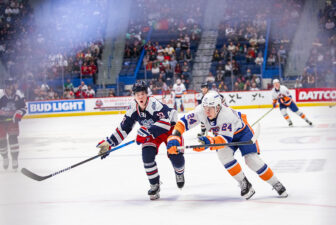