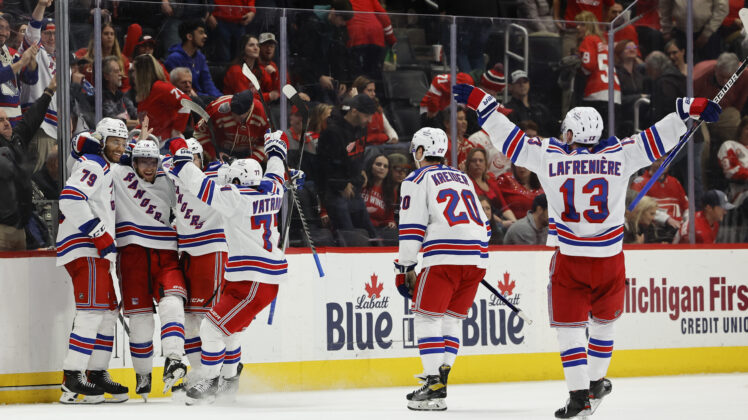 There is a lot being made lately about the New York Rangers recent perplexing play.

That was highlighted after a 3-0 loss to the New York Islanders where head coach Gerard Gallant called their performance horseshit.

He was absolutely right to do so, but for a team that’s basically been in a playoff spot all season this dip isn’t that concerning.

By the way, I can understand anyone who just read that wondering if I took a puck to the head. I assure you, I didn’t.

New York Rangers playing down to their opponents

Starting with and including the New York Rangers 2-1 loss to the New York Islanders on March 17, they are 6-3-1.

Right off the hop, you would take that 10 game segment all season long. Let’s dive into it further.

In the last 10 games, the Rangers are 4-0 against teams in the playoffs. Those wins started with two on the road in a back-to-back set against the Tampa Bay Lightning and the Carolina Hurricanes. They followed that up with two wins over the Pittsburgh Penguins to leapfrog them for second place in the Metro.

The first loss to the Islanders could’ve easily gone the other way, but the 3-0 “horseshit” defeat was certainly upsetting.

Against opponents with an under .500 record, the Rangers are 2-1-1. I understand they needed OT against the Buffalo Sabres and Detroit Red Wings, but they still won. The loss to New Jersey was a letdown for sure, and having to claw back for a point against hapless Philadelphia wasn’t great either.

“It was a really good comeback by us in the third,” Copp said via NHL.com. “It seems like there’s a lot of belief. We feel like we are a really good team, so really good teams can come back in games like that. Even though we didn’t get the extra point at the end, I think the confidence gained from the way we played the last two periods and to be able to come back from something like that is going to happen in the playoffs for sure.”

Still, the Rangers can’t play backs-to-the-wall hockey every night. They need to conserve some of that for the big games down the stretch and the playoffs themselves.

By the way, the Rangers magic number is 8.

Any combination of points they gain and the Islanders lose will lock up a postseason berth. 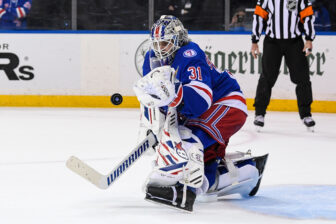