The New York Rangers are expected to be very busy this offseason. In effort to keep you aware, here are the top storylines to follow until next season’s opening puck drop.

The Blueshirts have opted to relieve David Quinn of his head coaching duties. “I would like to thank David Quinn, David Oliver, Jacques Martin, and Greg Brown for all of their efforts and dedication to the Rangers,” Chris Drury said via a press release. “I wish each of them the best in their future endeavors. We will begin our search for a new head coach immediately.”

As soon as the firings of both John Davidson and Jeff Gorton took place it was expected that Quinn would be the next to fall. Already at that time two names were immediately brought to my attention and they were John Tortorella and Gerard Gallant. Since then, names like Bruce Boudreau, Patrick Roy, and Claude Julien followed. Another name that came up was Mike Babcock, but that sounded like it was coming more from his camp as having interest in the job.

Currently, only Gerard Gallant has interviewed for the job and it was said to go well. At least 4-5 more candidates are expected to be interviewed. 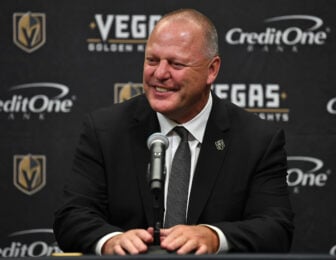 However, the Kraken recently signed a former Carolina Hurricanes draft pick in Luke Henman. If that’s the route they take, Julien Gauthier would seem like the likely candidate to go. 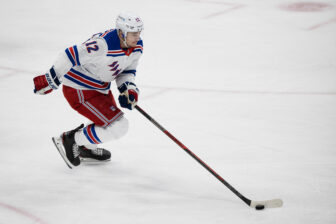 Also Read:
Seattle Kraken first signing may indicate who they take from the New York Rangers in Expansion Draft

The Jack Eichel trade watch is officially on in New York. On the heels of his public comments about being upset (again) with the Sabres, this time over his injury, he may be playing elsewhere. GM Kevyn Adams stated that Eichel has not requested a trade. Unfortunately for Adams, no one appears to be buying that.

Although it wasn’t a formal request, how are we all supposed to take him saying, “I want to be healthy to play next season, WHEREVER that might be”? The Rangers remain the front runners to land Eichel with the L.A. Kings close behind.

Of course, Eichel may not be the only available center this summer. Two other names are on the Rangers short list if they are made available. One is Aleksander Barkov, the other is Evgeny Kuznetsov. For me, I’d steer clear of the latter at this point. Another veteran possibility will be Evgeni Malkin but the cost could be Vitali Kravtsov and more.

There is always the option to re-sign Brendan Smith as well.