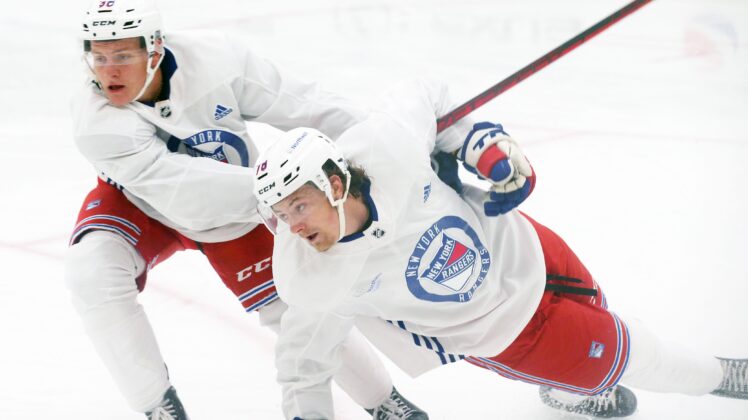 New York Rangers prospects Brennan Othmann, along with Will Cuylle and Dylan Garand will soon be in action.

Team Canada has just announced their final roster for the World Junior Championships being played in Edmonton from August 9th to 20th. The tournament was cancelled back in December.

Forever Blueshirts reported that Othmann was going to be added to the roster back on July 17.

Brennan Othmann, Will Cuylle, and Dylan Garand at WJC

Othmann, 19, scored 50 goals and 97 points in 66 games for the OHL’s Flint Firebirds this past season. He also added 9 goals and 24 points in 19 postseason games.

After the tournament, Othmann will be joining the Rangers for training camp in September with one mission on his mind.

“The goal is to try and make the team the best that I can,” Othmann said.. “I know they’re a strong team with good young players and good leadership too. If I can make the team it’d be great for me and the organization. I had a good season. I played well for myself and [Flint]. If I can come in with that amount of confidence into Rangers camp and make the team it would be something special.”

“I’m glad that’s what his goal is,” Drury replied. “He obviously had a heck of a year last year.”

Smith, 27, joins the Blueshirts from the Carolina Hurricanes organization on a one-year deal for $750,000. The undrafted forward has played 15 NHL games between the Buffalo Sabres and Hurricanes recording two goals and three points.

Last season, he scored 24 goals and 58 points in 60 games for the Chicago Wolves in the AHL. 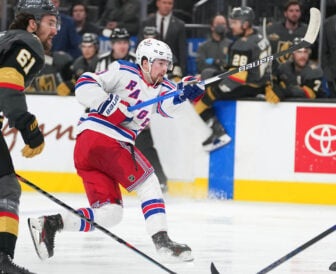