Rangers obsession for J.T. Miller reunion can end after his most recent comments 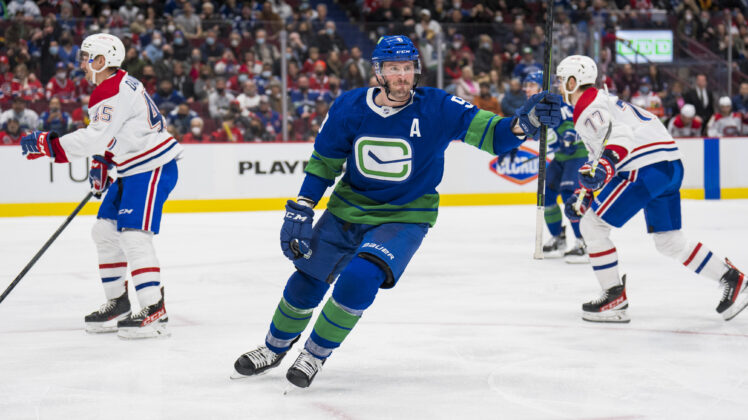 It’s way past time to put to bed anymore speculation regarding a New York Rangers reunion with J.T. Miller. Although, the obsession was certainly understandable.

Miller is exactly the top of player GM Chris Drury covets. A power forward who can play with an edge and still score finesse goals. A perfect top six forward for the playoffs, that has another year left at $5.25 million.

His versatility and ability to play center was also insurance if the team failed to extend Ryan Strome.

This “hot and heavy” rumor really took off months ago. In January, hockey insider Frank Seravalli laid down the foundation for what has been a general obsession when it comes to New York Rangers trade rumors.

“One of the teams that has really been all over J.T. Miller to bring him back is the New York Rangers,” Seravalli said on Canucks Central.  “Are there younger pieces on the Rangers’ roster that they’d be willing to part with rather than just draft picks? And how important would it be for them to be in a spot where they have that extra year of J.T. Miller and not have to sweat (what his next contract) looks like.”

The Rangers traded Miller back in 2018 in the Ryan McDonagh blockbuster. He was actually added to get back additional pieces, one being Libor Hajek. However, it was also a cap move as the Rangers were predicting Miller’s next contract to be something they didn’t want committed to their books.

All that made re-acquiring him for a mountain of prospects even more astounding. However, in recent weeks the same insiders that could not stop mentioning Miller in trade talks are now pulling the throttle back hard and hitting the brakes.

Last night, Miller tied his career high for points, logging four for the fifth time overall and the third time this season. He now has seven goals and 14 assists during his current scoring streak to add to his incredible season totals (56 GP, 23G – 44A, 67 PTS).

On Wednesday, before the 28 year-old extended his point streak to 10 games, he spoke to the press. The topic of conversation was the rampant trade speculation involving his name.

Miller was listed at 17 in DGH’s latest NHL Trade Bait Tracker after falling out from the top 10 the week before. You can expect his name to slip even further down on the next update. 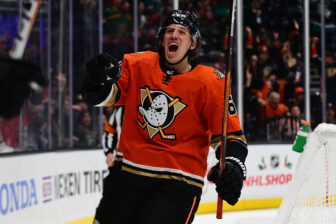 The New York Rangers will play the St. Louis Blues tonight. Make sure to check out the latest pre-game report here. Plus the team is relying on their goaltenders way too much this year to bail them out of defensive miscues. Check out the latest on that here.

The Vegas Golden Knights are in Buffalo and Jack Eichel will play his old team the Sabres. What kind of reception will he get? Read more here.