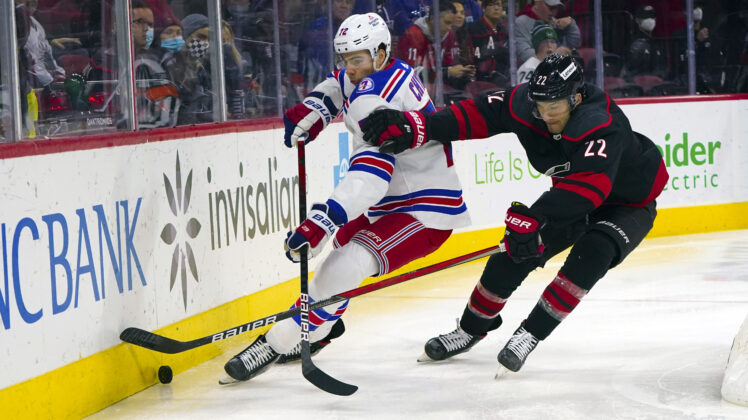 The New York Rangers conducted practice today in preparation for their matchup against the Blue Jackets in Columbus on Thursday.

Gerard Gallant’s lineup should look relatively the same as it did by the end of the team’s 3-2 shootout win over the Los Angeles Kings. Julien Gauthier should stay on the top line, at least for the start of the contest.

Both forward Filip Chytil and defenseman Patrik Nemeth remain out.

“Chytil is day-to-day, and Nemeth is personal (reasons),” Gallant said. “There’s a chance [Chytil] will (travel to Columbus), but Nemeth won’t.”

Julien Gauthier is likely to remain on the first line with Kaapo Kakko on IR.

“When he plays his game, it’s a lot of speed,” the coach said of Gauthier. “He drives the net. He scored his goal in the blue paint (against Arizona). I want to give him an opportunity and he deserves it.”

Lundqvist ended his NHL career with a record of 459-310-96, a .916 SV% and a GAA of 2.43 with 64 shutouts. Simply remarkable numbers. Lundqvist will forever be remembered for carrying the team on numerous occasions, in particular the 2014 Stanley Cup run that fell short.

Although he signed a one year-deal with the Washington Capitals after the Rangers bought him out in 2020, a heart condition prevented him from playing with any other NHL team.

“I’ve had an opportunity to think about so many things about my career and kind of relive it a bit,” Lundqvist told the @TheRink podcast. “I have had friends reaching out, former teammates. It makes you realize that I’m so grateful for the whole journey. I don’t know how to explain it, but all the friendships, all the memories we created together as teams but also with the fans, that’s something that I relive right now and it makes me smile every time.”

The New York Rangers are doing something special leading up to Henrik Lundqvist night at Madison Square Garden on January 28. On that evening, the franchise will retire Henrik Lundqvist’s iconic #30 to the rafters and it will be commemorated with the launch of the Rangers first-ever NFT. 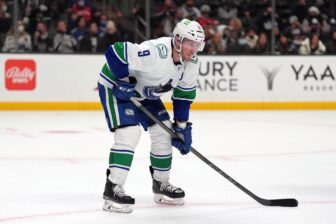