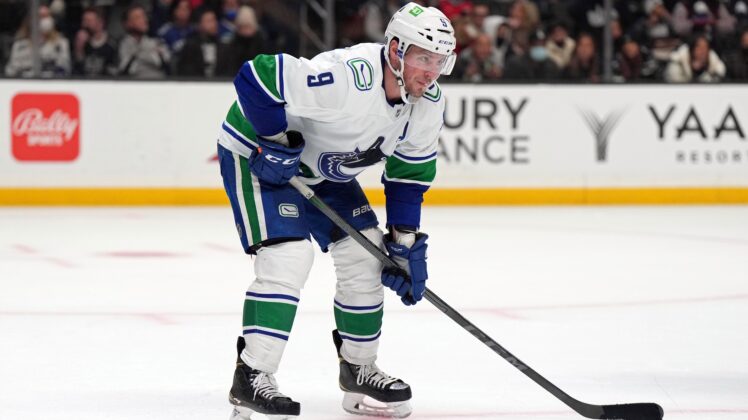 The New York Rangers had an off day yesterday, but will return to the ice for practice at the MSG Training Center on Wednesday.

While the NHL Trade Deadline is now less than two months away, the rumor mill always starts to churn a little faster and louder as it approaches.

Miller, 28, has one more year left on his deal worth $5.25M before becoming a UFA. He’s also been extremely productive with 40 points in 40 games for Vancouver this season.

The Rangers traded Miller back in 2018 in the Ryan McDonagh blockbuster. He was actually added to get back additional pieces, one being Libor Hajek. However, it was also a cap move as the Rangers were predicting Miller’s next contract to be something they didn’t want to commit too.

The connection around Miller to the Rangers has been getting louder. Yesterday, on The Daily Faceoff Show, Frank Seravalli and Mike McKenna broke things down. Four teams are in on Miller including the Flames, Wild, Bruins, and yes… the Rangers.

“I think the Rangers stand out as the team that’s sort of been next-level in terms of interest,” Seravalli said. “They have a fit there and he’s comfortable with the organization, having played there in the past.”

“Looking at the Rangers, that’s a team with a lot of firepower. Could he help them 5-on-5? I think so. He’d be a good fit there because he’d give them some more depth,” McKenna explained. “I like that, but I like the Bruins better.”

Of course, the Rangers acquiring Miller would likely mean that they will see him as a replacement for Ryan Strome if they fail to reach an extension with Panarin’s preferred center by the deadline. 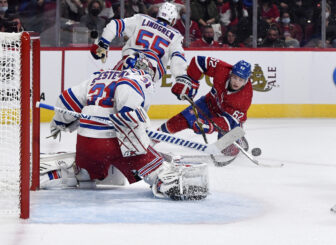 Keith Yandle provided one of the season’s few highlights for the Flyers by breaking the NHL’s ironman record — previously held by Doug Jarvis — when he appeared in his 965th consecutive game. Yandle started for Philadelphia and a cheer rose immediately after the faceoff by the UBS Arena crowd in Elmont, NY.

“I’m real happy for you,” Doug Jarvis said in a video message. “This streak is a real tribute to your character, to you commitment, and your love of the game.”

“It’s one of those things that I don’t think it’s really sunk in too much yet,” Yandle said via NHL.com. “It’s obviously something I’m super grateful for. I’m grateful to play one game in this league, the best league in the world. To be surrounded by the best people, people that always have your back, people that are rooting for you, to be a part of the NHL and the NHL family and for me being [a part of it] the last 16 years, it’s more than a dream come true.” 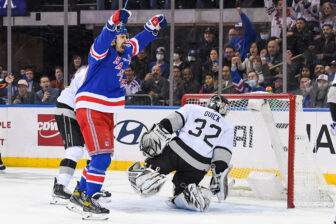 Also Read:
Rangers Chris Kreider has put himself into the Hart Trophy conversation