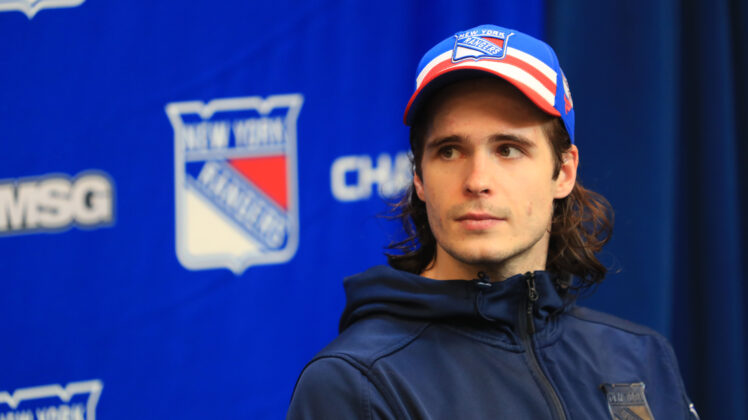 The New York Rangers have announced Igor Shesterkin as today’s starting goalie against the Pittsburgh Penguins. This season, the 26 year-old is the NHL leader in SV% and GAA as he works towards his first Vezina Trophy.

Shesterkin has a 25-5-3 record with a 1.98 GAA and .940 save percentage in 33 games this season. These are video game numbers that have plenty of experts astounded by his prowess in net.

Yesterday, Ryan Reaves was asked if the Rangers record was deceiving because of Shesterkin’s goaltending.

“You need a good goaltender to win and we obviously have one of the best in the league,” Reaves responded. “A lot of people like to say ‘your goaltender is holding you in games’, but he’s part of the team. We need him going, just like we need every other guy going.”

Today’s matchup is the first of the season between the two teams and has major implications in the Metro Division as the two teams are separated by just a point. The Rangers currently hold second place, and are jockeying for playoff position. They’re also just five points behind the Hurricanes for first. 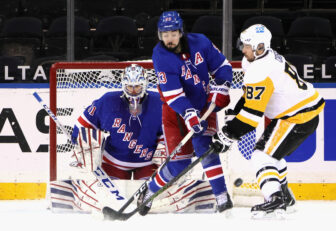 Over at The Daily Goal Horn, four New York Rangers have made the latest Trade Bait Tracker. In total 30 names are ranked in order of most likely to be traded by March 21, and impact they will have if moved.

The highest ranked Blueshirt on the list is Vitali Kravtsov at #12. Check out the full list here.