If Ryan Strome is out for Rangers, Kevin Rooney is next man up 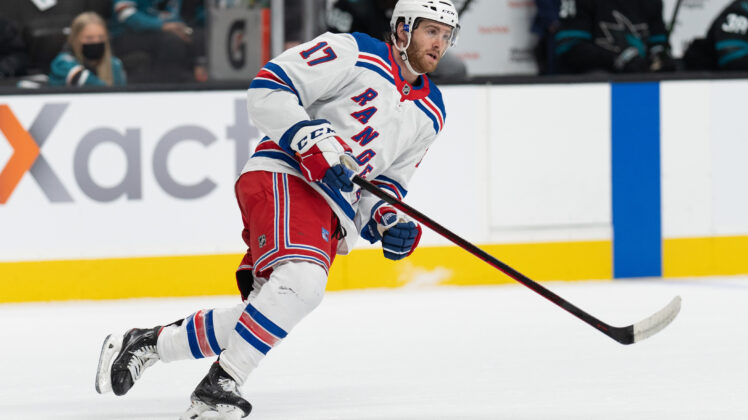 Head coach Gerard Gallant sounded optimistic about the possibility that New York Rangers center Ryan Strome may not be out for too long.

Strome, 28, was injured during the second period of Game 3 of the Eastern Conference Final after Ondrej Palat delivered a crosscheck to his back. He immediately reacted in pain and had difficulty skating back to the bench.

Later in the period, he took one shift but after it ended Strome shook his head in the negative to the the medical trainers and did not return. The Rangers labeled it a lower-body injury.

“We’ll know more [Monday],” Gallant updated. “Hopefully he’s fine for the next one.”

After the injury, Andrew Copp slotted into the the second line center position from the wing and Barclay Goodrow was moved up from the fourth line.

“Stromer is a big piece. Obviously, playing in the middle, he’s on the first power play, takes right-handed draws that he’s pretty good at,” Copp explained. “It’s a huge loss. Everyone has to kind of step up. Hopefully, he’s not out too long.”

If Strome can’t go for Game 4 on Tuesday, Kevin Rooney is the man expected to step in on the 4th line. He will center Tyler Motte and Ryan Reaves, which was the case before Goodrow returned for Game 6 against the Carolina Hurricanes.

Rooney, 29, has two assists in 12 playoff contests this season. During the regular-season, he played 61 games and registered 12 points (6G -6A).

The native of Canton, Massachusetts is a big body at 6-2 and 190 lbs. He can play the physical game and is considered an excellent penalty killer. 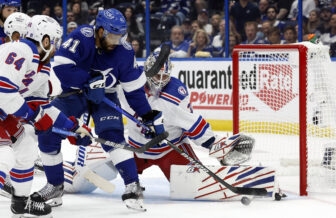 Late in the third period, Barclay Goodrow blocked a Victor Hedman shot with his left ankle.

Immediately he went down in pain and practically hobbled all the way back to the bench. He left for the locker-room making every Rangers fans stomach queasy. However, he must’ve quickly walked it off and returned within a minute staying in the game.

If for any reason he is unable to go for Game 4, the Rangers will have to make a serious decision to see what’s best for the second line.

With Sammy Blais not available for this series, we could see the return of Dryden Hunt, who spent some time with Artemi Panarin on the second line during the season.

Hunt, 26, registered 17 points in 76 games this regular-season for the Blueshirts. He played in the Rangers Game 2 win over the Penguins in the opening round and in their Game 3 loss in Pittsburgh. He collected no points in those contests but was physical with five hits. 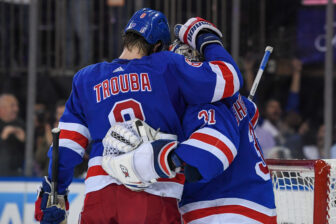 Also Read:
Jacob Trouba’s physical play is why the Rangers traded for him

Evander Kane will be suspended for his illegal boarding hit on Nazem Kadri that knocked him out of the series. Will the Oilers avoid the sweep on Monday night? Read more.