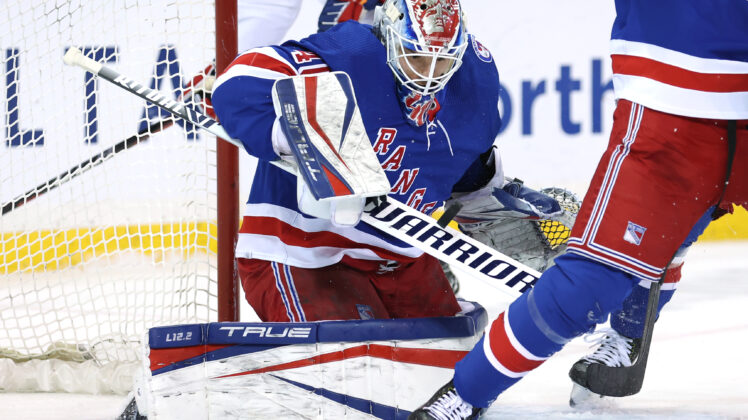 The New York Rangers may find themselves in a good position to get something for goaltender Alexandar Georgiev by the NHL Draft.

The 26 year-old undrafted netminder has been looking for an opportunity to become a stater dating back to last season. There were certainly several teams interested in acquiring him near the trade deadline and a rumored deal with the Arizona Coyotes that fell through when Igor Shesterkin was hurt in January.

While he may not be affordable to the Rangers as an RFA being owed a $2.65M qualifying offer, other teams with pending UFA goalies may jump at the chance to grab him. Why risk getting into a bidding war in free agency when you could likely get him at a known cost by acquiring his rights? That’s the angle GM Chris Drury needs to play in order to make a deal.

A trade market is growing for Georgiev and Drury is in good position to capitalize. The New York Rangers have four picks in the upcoming draft and would certainly like to add at least one more.

Even before that run the Vegas Golden Knights, Colorado Avalanche and Edmonton Oilers were interested in his services at the trade deadline this past March. According to Larry Brooks of the NY Post, Drury balked at moving him because he did not want to create a hole behind Shesterkin.

It appears Vegas is no longer in the mix for Georgiev’s services, but the Edmonton Oilers are certainly looking.

Currently, the Oilers have 40 year-old Mike Smith for one more season at $2.2M after Mikko Koskinen’s contract expired and he bolted for Europe. GM Ken Holland is looking for a goalie and he was believed to be willing to give up a third round pick for Georgiev’s rights last year. That’s what many feel the fair market value is for a player the Rangers may not qualify and let walk as a UFA.

At this time, Edmonton doesn’t have picks in the second, third, or fourth round of the 2022 Draft. Would the Rangers be open to a pick in 2023 instead? I believe so.

Two teams that have UFA goalies that may not fit their cap plans are the Toronto Maple Leafs with Jack Campbell and the Colorado Avalanche with Darcy Kuemper. Both those teams have picks in the third round of the 2022 Draft making them plausible trade partners.

Finally, the New Jersey Devils have long been rumored interested in Georgiev. Former Rangers assistant, now Devils head coach Lindy Ruff knows him well. If the Devils outbid the competition with a second round pick would Drury bite? It may give the Rangers some pause but in the end they absolutely would make that trade. 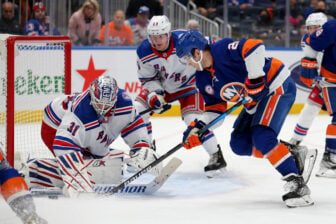