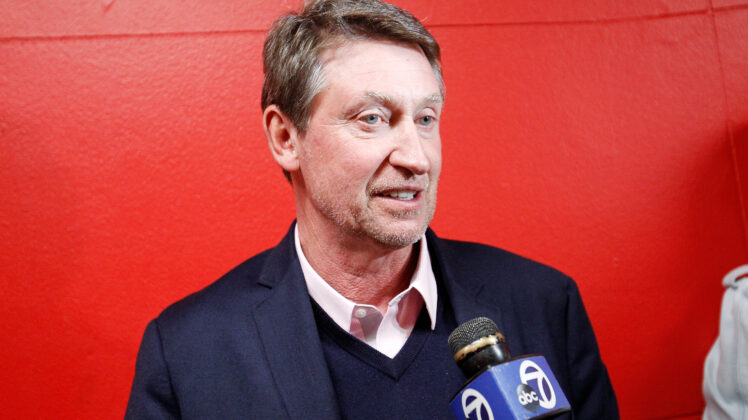 There’s been a lot of talk in the hockey world regarding the invasion of Ukraine. This has two of hockey’s greatest players asking for action to be taken against Russia.

Fromer New York Rangers forward Wayne Gretzky, who is arguably the greatest player of all time, is asking the IIHF to expel Russia from international tournaments.

Meanwhile, Dominik Hasek, who is one of the best goalies in hockey history is calling on even more severe actions.

Wayne Gretzky wants IIHF and Canada to take a stand

“It’s not good,” Gretzky said on TNT. “This is a senseless war.”

The Great One relayed on air phone calls with friends in the Ukraine driving 14 hours to get their kids to safety and then coming back to defend their respective cities. He also spoke about Washington Capitals captain and Vladimir Putin supporter, Alex Ovechkin’s comments calling for “no more war.”

“You know Alex isn’t driving this bus, it’s [Putin],” Gretzky said regarding the criticism Ovechkin has received for his support of Putin.

“I think international hockey should say, ‘we’re not going to let them play in the World Junior hockey tournament’,” Gretzky demanded. “I think as Canadians, we’ve got to take that stance since the games are taking place in Edmonton.”

Hasek, 57, and a Czechia native was not as understanding. The legendary goalie known for making wildly impossible saves en route to two Stanley Cups and six Vezina Trophies put out a harsh rant on Twitter.

While quoting a video of Alex Ovechkin’s requests for peace, Hasek basically demanded the NHL and its owners terminate all Russian players contracts.

“The NHL must immediately suspend contracts for all Russian players!” Hasek writes. “Every athlete represents not only himself and his club, but also his country and its values and actions. That is a fact. If the NHL does not do so, it has indirect co-responsibility for the dead in Ukraine.”

Hasek noted that he is aware there are other Russian players, like the New York Rangers’ Artemi Panarin that have spoken out against Putin. However, they must be included in this as well.

“I also want to write, that I am very sorry for those Russian athletes, who condemn V. Putin and his Russian aggression in Ukraine,” he continued. “However, at the moment I also consider their exclusion a necessity.”

The International Ice Hockey Federation released a statement in response to the invasion.

“The International Ice Hockey Federation (IIHF) is saddened and deeply concerned by the recent events in Ukraine,” the statement said. “The IIHF and its Council condemn the use of military force and urge the use of diplomatic means to solve conflicts. Our thoughts are with the people in Ukraine and the Ukrainian ice hockey family.

“As the IIHF has a duty of care to all its Championship participants, the IIHF Council is reviewing and considering the implications of this conflict on our events. A Council meeting has been called for Monday late afternoon on 28 February.”

-This article first appeared at The Daily Goal Horn