What the New York Rangers are saying facing elimination 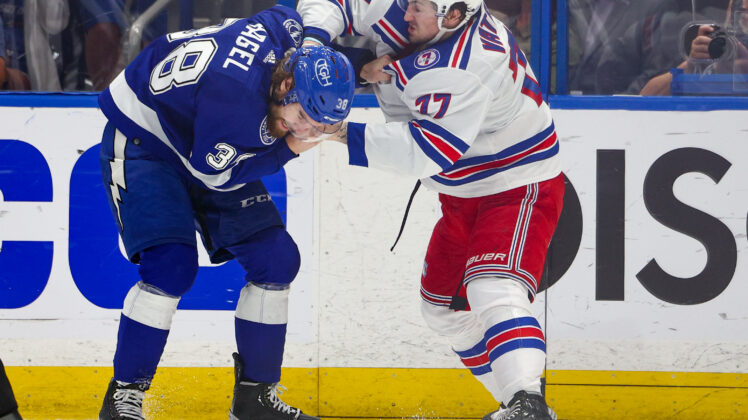 It’s become a common theme for the New York Rangers in these playoffs to try and stave off elimination.

So far, they have been successful at it five times but if they hope to reach the Stanley Cup Final it will need to reach seven. After losing 3-1 to the Tampa Bay Lightning in Game 5 at Madison Square Garden, they will have to beat the two-time defending champs twice to there.

It all starts tonight at Amalie Arena in Tampa, where the Rangers have gone 0-2 in this series. Their overall playoff road record is 2-7, but this is familiar territory for this group.

Let’s see what the Rangers are saying heading into another elimination game.

Gerard Gallant: “I’ve seen them do it all year long. It’s going to be a tough battle [in Tampa]. If you win that game you feel good going home. If you’re fortunate to win that game then you are going to the Stanley Cup Final. I like where we are at. I wish we would’ve won and been up 3-2 but it is what it is. We’ve been there two times before. Keep battling and let’s see what happens.”

Andrew Copp: “We’ve been down 3-2 every series so far. We have to have a level of desperation. I think the confidence of doing it before is bigger and better than having to do it again.”

Barclay Goodrow: “We’ve been in this spot before the first two rounds. I think our group as a whole has handled it very well. I feel like when our backs are against the wall it’s brought out the best in us. I don’t see why it would be any different [Saturday]. We’re excited for the challenge and we’re confident we can bring it back to New York.”

Jacob Trouba: “You have to have a short [memory]. Season isn’t over. We’ve been here before. We’ve got to go there and win a game. Come back [home] and play a Game 7. That’s the goal now.”

Mika Zibanejad: “We’ve been here before. We’ve experienced it during these playoffs and regular-season as well. The more you do it the more confidence you get from it. We’ve been responding well and we know what we can do. We just have to go out and do it again.”

Ryan Lindgren: “We’ve been in this situation before and it seems like we play our best hockey when our backs are against the wall. We just got to go to Tampa and win a game. Take it one game at a time. Draw from those past experiences and go play our best hockey.”

Note: Quotes from interviews posted on the Rangers YouTube Channel 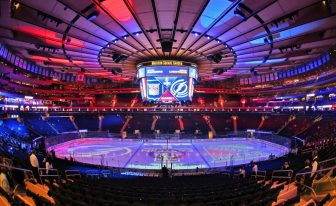 What are the Lightning saying about Game 6

Jon Cooper: “You play all year from preseason all the way through and go through the monotony of things that happen and injuries and now you’re one game away from getting to the Stanley Cup Final, that should just trump anything that physically is hurting you. So we’ve had some success with it in the past, but again that’s not guaranteeing anything that’s going to happen in the future. We’ve got to bring our A-game.”

Pat Maroon: “We’re in a good really situation to go back to the Final right now. It’s not an easy task. It’s still going to be a long series here. We’ve got to find a way to just keep competing and keep working hard.”

Victor Hedman: “We expect their best game of the playoffs, but we expect ourselves to be at that level too. We’ve been successful when we’ve had the opportunity to eliminate teams, and now we have the chance again going back home. But we’re not going to hang our hat that we’re going home. We’ve got to execute like we have in previous games.”