The New York Rangers will start a four-game homestand that begins against the Anaheim Ducks on Monday night.

Head coach Gerard Gallant confirmed forward Sammy Blais will make his season debut and defenseman Zac Jones will be back in the lineup tonight. Igor Shesterkin is expected to start against former teammates Ryan Strome and Frank Vatrano.

Blais, 26, is set to play his first regular season game since tearing his ACL on November 14, 2021. In his brief Rangers career, he has 4 assists in 14 games.

Jones, 21, will return to the lineup after missing the team’s 4-1 loss to the Winnipeg Jets on Friday night. In 2 games this season, he has registered no points, with 2 blocks, and a -1 rating while averaging 13:57 of time on ice.

Based on the last game and the latest lineup news the combos, and d-pairs should look as follows: 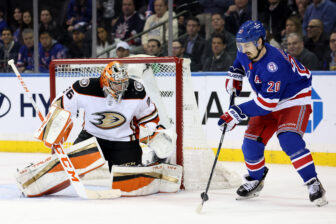 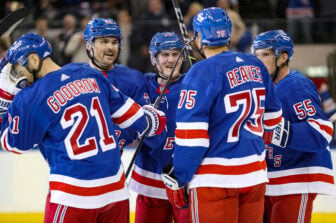