Report: New York Rangers have offer on the table for Coyotes’ Jakob Chychrun 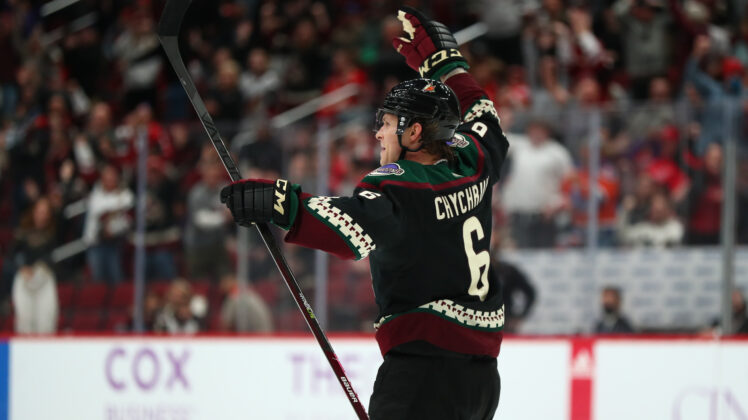 Arizona Coyotes defenseman Jakob Chychrun is one of the hottest names on the NHL’s trade market. The big question tonight seems to be if he will be leaving New York City?

That’s because a new report indicates the New York Rangers have an offer on the table that the Yotes could be considering.

Rangers have offer for Chychrun

Chychrun, 23, has just 8 points in 29 games with the Yotes’ this season and was dealing with an injury. Last year was a breakout for him with 41 points in 56 games. The left-handed rearguard has three years left on a cap friendly deal of $4.6 million.

This is a follow up report from Marek, who recently noted that the Coyotes package would likely be similar to what the Sharks gave up for Brent Burns.

Chychrun makes sense for the Rangers

Chris Drury has a contender on his hands but cap constraints will make it difficult to keep key free agents and RFAs. They are overloaded with young players and prospects and would love someone like Chychrun to pair with Jacob Trouba.

Prior to tonight’s report, there was rumblings that linked the Rangers to Chychrun from what I could gather.

Obviously, Chychrun is going to cost significant pieces but for what the Yotes are looking for, the Rangers have ample amounts of.

What if the deal that includes Vitali Kravtsov also has K’Andre Miller, whom Chychrun would replace? It is possible that the Rangers may be willing to part with with Filip Chytil as well. The key for Drury will be trying to keep his first round pick in order to use it for a rental forward.

Another possibility could be either Zac Jones or Nils Lundkvist over Miller.

Miller has the size, speed, and talent to be a top-four defenseman. But for where the Rangers are right now, Chychrun paired with Trouba would be a 1A-1B pairing to Adam Fox and Ryan Lindgren. It fits the ready to win now mode.

If the Rangers can keep Miller, he could be a great pair with Braden Schneider down the stretch. 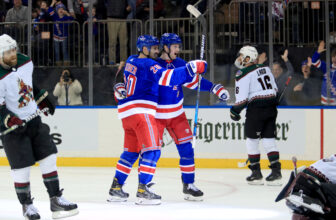