Rangers’ Igor Shesterkin up for ESPY, and Dylan Garand wins CHL goalie of the year 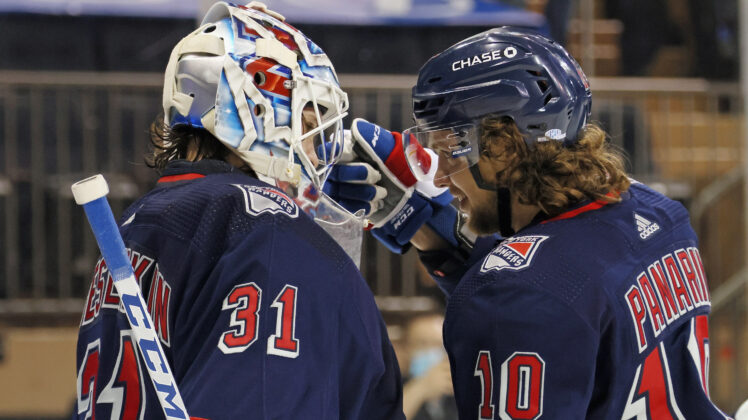 On Tuesday, Igor Shesterkin was named a finalist for an ESPY in the category of NHL Player of the Year. Meanwhile, prospect Dylan Garand took home CHL Goaltender of the Year honors.

The New York Rangers goaltending situation seems to be one of the best in the entire league. Despite having to move backup Alexandar Georgiev, their present and future may very well be an embarrassment of riches.

Igor Shesterkin up for an ESPY

The accolades for an incredible season continue to roll for goaltender Igor Shesterkin. After winning the Vezina Trophy as the NHL’s top goaltender and finishing third in voting for the Hart Trophy as MVP, he is now up for an ESPY.

Shesterkin took home his first Vezina Trophy as the league’s best goalie by a landslide.

“It’s a great honor for me to be here,” Shesterkin said at the NHL Awards Show. “I want to say to Just Saros and Jacob Markstrom you’re both incredible goalies and could each be standing here right now.”

The 2020 fourth round pick (103rd overall) completed his fifth season with the Kamloops Blazers of the Western Hockey League. He finished with an amazing record of 34-9 and 4 shutouts. His GAA was 2.16 and his .925 SV% were good for second in the WHL.

His playoff stats were even better going 11-6 with a 1.92 GAA and a .933 SV%. The Blazers lost in the third round to the Seattle Thunderbirds.

“You don’t go into the season expecting to win awards at the end of the year but to be recognized is awesome,” Garand said. “It’s an honor to win this award.”